The Duke and Duchess of Cambridge may have only just welcomed the third royal baby on Monday 23 April but the nation is now eagerly awaiting the Royal Wedding of Prince Harry and Meghan Markle. Here’s everything you need to know…

When is the Royal Wedding?

The Royal Wedding between Prince Harry and Meghan Markle will be held on Saturday, 19 May 2018, which is the same day as the 2018 FA Cup Final.

The couple’s decision to wed on a Saturday goes against tradition, as royal weddings usually take place on a weekday. The Duke and Duchess of Cambridge wed on a Friday and the Queen on a Thursday.

The wedding service will begin at midday – meaning that a clash with the football is unlikely because recent FA Cup Finals have kicked off at 5.30pm.

At 1pm, the newlyweds will embark on a carriage procession along a route including Castle Hill, High Street, Sheet Street, Kings Road, Albert Road, Long Walk and finally Windsor Castle.

In a statement, Kensington Palace said: “They hope this short journey will provide an opportunity for more people to come together around Windsor and to enjoy the atmosphere of this special day,

After the service, there will be a reception at St George’s Hall for the couple and guests from the congregation.

And later that evening, the Prince of Wales will give a private evening reception for the Harry and Meghan as well as their close friends and family.

The marriage of Prince Harry and Ms. Meghan Markle will take place at St. George’s Chapel, Windsor Castle in May 2018. pic.twitter.com/lJdtWnbdpB

Where are Harry and Meghan getting married?

Harry and Meghan will say “I do” at St George’s Chapel, the same church where Harry was christened when he was just three months old.

St George’s Chapel is nestled within the grounds of Windsor Castle – where the Queen and Prince Philip live for most of the year.

In a statement, Clarence House said: “Her Majesty The Queen has granted permission for the wedding to take place at the Chapel. The Royal Family will pay for the wedding.”

Prince Harry and Ms. Meghan Markle will take part in a Carriage Procession around Windsor after their wedding on May 19th.

🎥 Go behind the scenes at The Royal Mews to learn more the Carriages and Horses that will be used: https://t.co/cKM7KpTgAF pic.twitter.com/HDHj2awXBq

Kensington Palace has said that “around 600” guests will be in attendance, a small crowd in contrast to the Duke and Duchess of Cambridge who wed in front of 1,900 guests.

As Prince Harry is sixth in line to the throne, he is not obliged to invite diplomats from across the globe to the celebration, which will be less of a state occasion.

A spokesperson said: “It has been decided that an official list of political leaders — both UK and international — is not required for Prince Harry and Ms Markle’s wedding.

“Her Majesty’s government was consulted on this decision, which was taken by the royal household.”

Who is walking Meghan Markle down the aisle?

Meghan Markle’s dad Thomas W Markle will walk his daughter down the aisle when she marries Prince Harry, according to her half-sister Samantha Markle.

During a television interview, Samantha said: “Yes he is [walking her down the aisle],

“God forbid unless a plane crashes through his roof, he’ll be there one way or the other.”

Who is Prince Harry’s best man?

The Duke of Cambridge will be Harry’s best man, missing the FA Cup final to be at his brother’s side.

In a statement, Kensington Palace said Prince William is “honoured” to have been asked.

Back in 2011, Prince Harry served as best man to The Duke of Cambridge at his wedding to Kate Middleton.

Prince Harry has asked his brother The Duke of Cambridge to be his Best Man at his wedding to Ms. Meghan Markle. pic.twitter.com/7TvZ2VlEk2 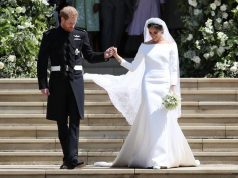 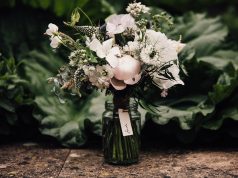 How to Future-Proof Your Wedding Day…

6 Ideas to Spice Up Your Place Settings… 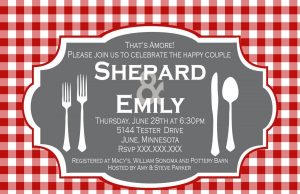 Alpine-style Ski Chalet Group Getaways And Celebrations At Ski To…

“How We Beat The Budget”! Real Brides Share Top Tips…

What no one told you about picking bridesmaid dresses…