The general rule for putting wedding stationery together is to assemble your invitations in order of size. As the invitation will be the largest card, all enclosure cards should be stacked neatly on top. RSVP or reply cards should be placed face up under the flap of the return envelope, do not put it inside the envelope! The envelopes should be addressed (to you and your fiance) and postage should already be applied.

Invitations should be inserted into the envelope facing upwards so that invitees should be able to read the invitation immediately upon removal from the envelope. In the past this was thought to mean that a right hander would be thought to be opening the envelope, however this is not a hard and fast rule in modern times.

First, insert the invitation facing up (as outlined above). Second, insert the RSVP card or response card, under the flap of the included envelopes (all paperlust RSVP cards come with free premium envelopes except for those that are postcards), not inside it. RSVP envelopes should be addressed (to you and your fiance) and already include appropriate postage.

First, insert the invitation facing up (as outlined above). The largest enclosure card is next (this could be the rsvp card), followed by the rest of the enclosure cards in size order from largest to smallest. Insert the RSVP card or response card, under the flap of the included envelopes, not inside it.

Paperlust belly bands are perfectly designed to match your wedding stationery suite and come in a wide ranges of designs, paper stocks and finishes. Our belly bands are narrow 50mm strips of paper that are designed to wrap around your wedding stationery suite and secured using a small piece of invisible tape (not included). Paperlust belly bands can be customised with your names or initials, the wedding date and even a message of your choosing.

To assemble your suite using a belly band you will first need to stack your wedding invitation suite with the invitation facing up so it is at the bottom of the pile. The largest enclosure card is next (this could be the rsvp card), followed by the rest of the enclosure cards in size order from largest to smallest. Insert the RSVP card or response card, under the flap of the included envelopes, not inside it.

Now that your suite is stacked neatly place your belly band next to them face down on a flat surface. The belly bands are pre-scored so should fold easily so the two back flaps face up into the air. Now carefully flip your stacked invitation suite over and centre over the belly band. Once the cards are lying flat on the band and the table you can easily fold the scored flaps over and secure with a piece of invisible tape. Finally slip your wrapped invitation suite into your envelope with the top cards facing up.

Paperlust also offer a large range of printed and specialty stock envelope liners. These do require a little bit of assembly, but for the impact it will create it is well worth it.

First, insert the paperlust liner into the envelope until it hits the bottom.

Then, hold the liner down on the inside where the flap folds over (so that it doesn’t move) and then fold the flap down. This is to crease the liner, so use your fingers and run them along the top edge of the envelope to give it a nice firm crease.

Next, open the envelope flap only, leaving the liner folded.

Then, grab the glue stick that we provided and run along the top two edges of the liner, making sure to give it a good coat all the way along.

Wedding invitation assembly – Can paperlust do it for me?

In order to keep costs down for you we do not offer assembly at this time. All of our stationery is shipped flat to you, however we try to make things easy for you by prescoring folded cards and belly bands and including assembly assistance such as glue sticks. 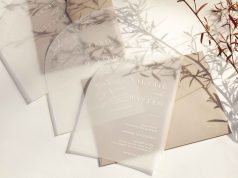 The not so eco-friendly truth of Acrylic Wedding Invitations… 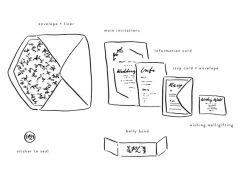 How to assemble & stuff wedding invitations… 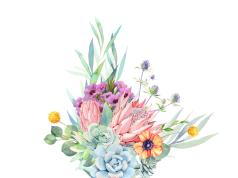 14 Best-dressed Mothers of the Bride From Real Weddings!… 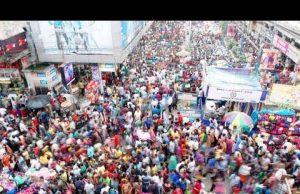 The Best Places in the World to Propose According to Instagram…